Sky Mavis announced Axie Battles V3 last February, which is planned to evolve different aspects from the game like gameplay, visuals, Axies, etc. If you want to learn more about Axie Origin check out our last post: Everything you need to know about Axie Battle V3 (Axie Origin).

One of the main changes that Axie Origin will bring to the game are cards. New sneak peeks appeared during the last week showing new cards, letting players begin to guess about the new strongest combos that might appear in Battles V3. In this post, we will show you 3 of the most impressive combos that the Axie community is waiting for.

A new combo that might become trendy in the upcoming weeks of Axie Origin is Imp + Confident. One of the new Battles V3 changes implies the replacement of critical impacts for rage, which Axies accumulate during the battle to reach the fury mode, which adds extra damage to the next movement. In the case of Confident, provides rage to any Axie ally, speeding up the time to reach fury form. The synergy with imp is a no-brainer since it deals 65 damage without energy cost each time that it’s used within the fury form.

About Aqua teams, Perch + Sponge looks like could gain fame due to their incredible combination, which multiplies the effect of both cards. While Perch deal 4 hits to the enemy target with the lowest HP, Sponge (if used during the previous turn) can boost it with 5 damage per hit, translating into a total result of extra 20 damage.

When it comes to Reptile cards, the most exciting effects are the new interactions with poison. Even though we still don’t know if poison is still going to work the same way as it did in battles V2 (2 dmg per stack). However, there are a few combinations that seem broken regardless of minor changes.

The most interesting one might be the synergy between Green Thorns and Gila. It would work like this: first, applying Green Thorns will mark with 2 poison 6 times to a random target, which would be 12 poison in total. Then, Gila will deal 2 bonus DMG per poison stack on the enemy, dealing 24 damage. Also, if any other card which implies poison is used prior to Gila, the poison will stack and sum to the final damage.

New cards to arrive yet

Nevertheless, Sky Mavis hasn’t announced all the cards that will form Axie Origin yet, and new thriving combos might appear within the next weeks. Stay tuned!

Tacter has helped more than 50k Axie players to win more at Axie Infinity, and therefore to increase their SLP earnings. Level up your gameplay for Axie Origin and start winning more downloading the app for free 📱 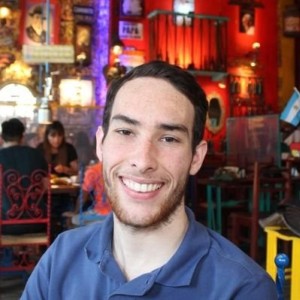